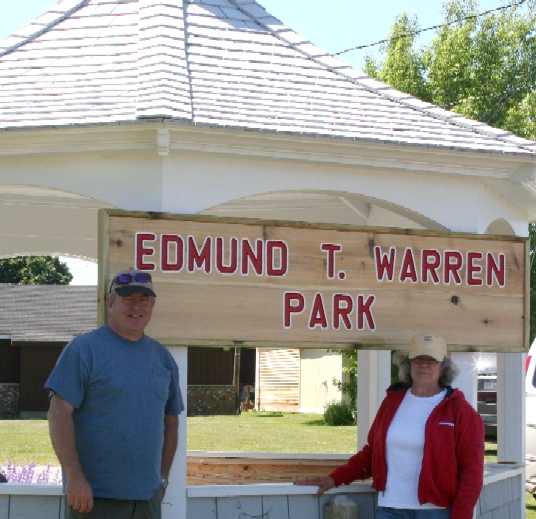 Township Supervisor, Jack Hubbard and Chairperson, Barbara Whaley recognize contributions to the community by Edmund T. Warren by dedicating the green space in his honor.

As of March 26, 2010 the land contract is paid in full!! Thank you to everyone that contributed to make this dream a reality. The Township Board is very proud of the committee for their exhaustive efforts over the last 6 years.

The “Green Space” has been a vital part of Grand Marais over the last three decades. Anyone coming down the hill into town is immediately drawn to their right to see the beautiful open view of the bay. This open space on the bay improves the quality of our town not only by providing the view but it also has a tremendous community impact that reaches across the upper peninsula and draws people from all over the country. The space is used for summer concerts, a large 4th of July celebration, rummage sales and events to support local fund raising, community education, and the list is growing as more groups request use of the space. In 2007, the generous donation of a gazebo was made by Alan Cherniak to the township and was erected on the site. Plans for landscaping the park and town park areas began in 2008 through the cooperation of the Grand Marais Garden Club, Green Space Committee and other local groups.

The Burt Township Board, Green Space Committee, and Garden Club have been working over the past several years to purchase the “Green Space” property. This was accomplished through generous private donations from those who have grown to love Grand Marais, but this effort was only the beginning! The last several years have proven this community’s desire to retain this area as a park by raising enough money to make the annual payments of $10,000. We must still raise $30,000 by March 2010 to complete the land contract! We are getting close but still need your help to make this a reality. In the spring of 2009, 3 new trees were planted and more landscaping efforts are in the plans. On July 4, 2009 the park was officially dedicated in honor of Edmund T. Warren. 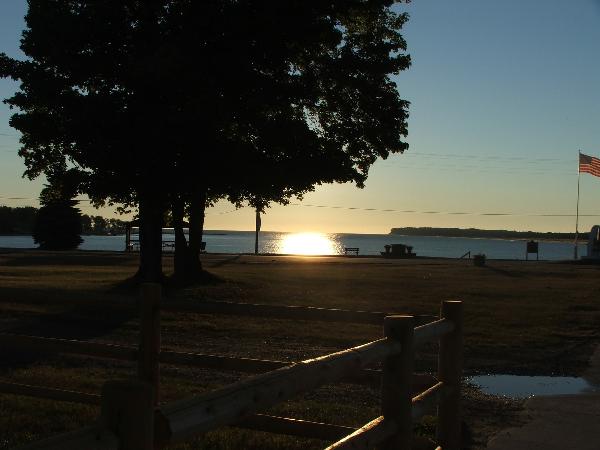 Next Regular Board Meeting